we're still a couple of years away from being able to build our "real" greenhouse, so husband decided to make us a temporary one. he actually built it of such sturdy materials that i suspect it will stand for longer than our regular house - and maybe only need its plastic changed out in a couple of years. 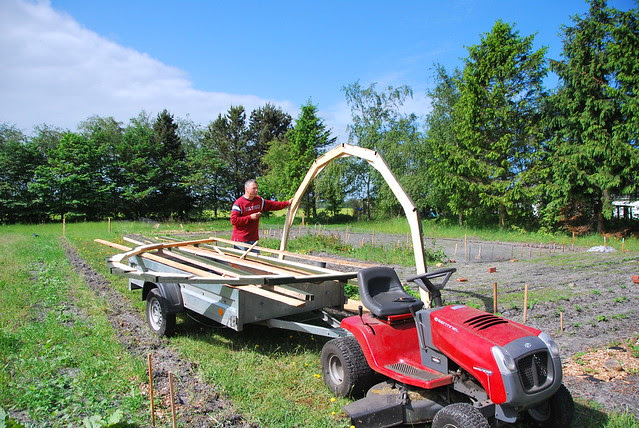 our climate is such that the growing season is very short - too short for tomatoes, peppers, cucumbers and eggplants to grow out in the regular garden like they can other places. our light and warmth simply don't last long enough for that. so if you want such crops, you have to have a greenhouse. 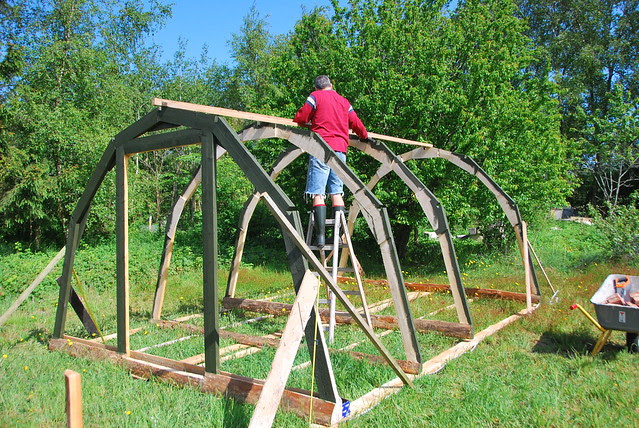 over the past week, while it rained, husband constructed the skeleton of the greenhouse in his workshop and over in the big barn (where he was supposed to be working on matilde's new stall, but we won't go there). 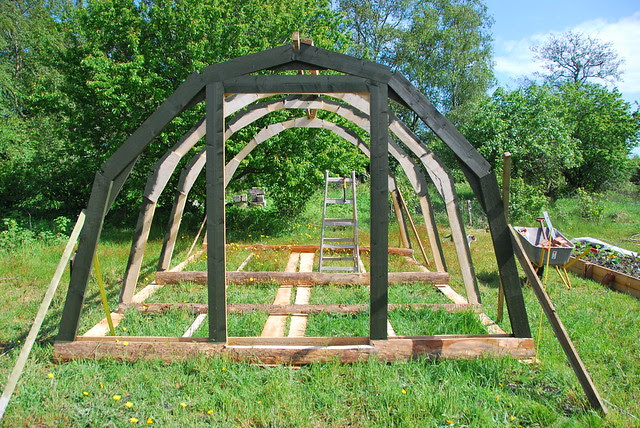 he revealed his inner swede, preparing i nearly ikea-style, so it could be popped together and easily fastened - he even drilled holes where the nails would go. 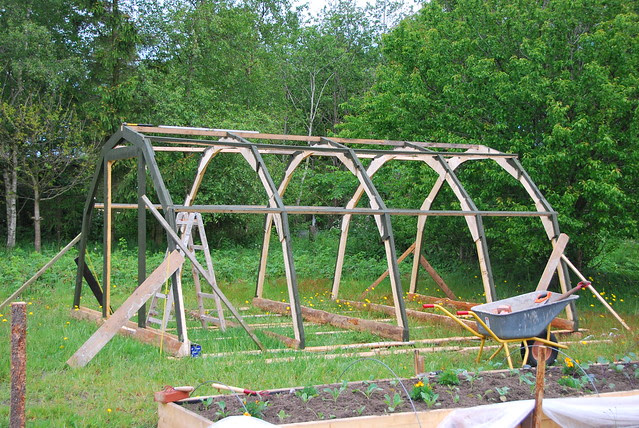 he had prepared the ground in a different spot, but we realized that spot got an awful lot of shade, so we moved it to a sunnier place, next to the raspberry canes and beside the raised bed of brassicas. 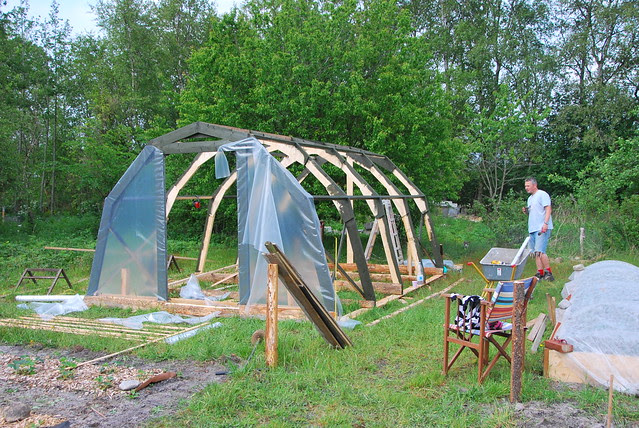 we covered it in heavy 20mm plastic, fastening it down well, as we've got awfully windy conditions around here most of the time.  it's 5 meters long and about 3 meters wide. 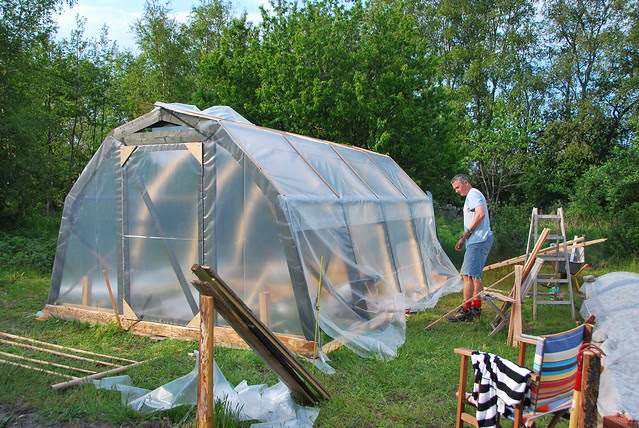 the frame is so sturdy, we may eventually put in real glass or perhaps plexiglass, but the plastic should last a couple of seasons and create good growing conditions for our delicate plants. 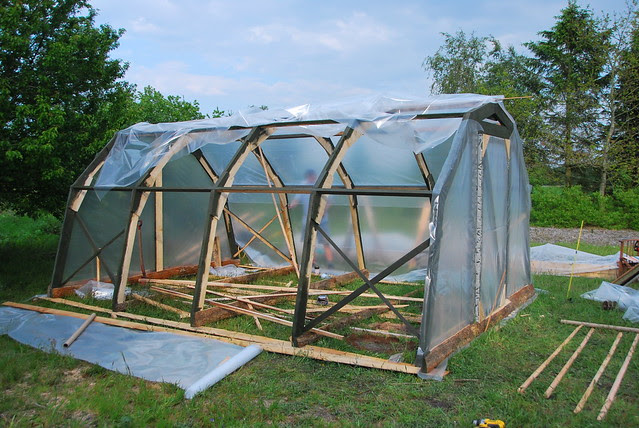 we're looking forward to it, as we've had a cucumber scare here in europe - with cucumbers infected with e-coli bacteria killing ten people in germany and making countless others seriously ill. what's worrying is that they know the cucumbers came from spain, but they can't figure out how they got the bacteria! i suppose having one's own veggies is no guarantee, but at least you know how they've been tended. 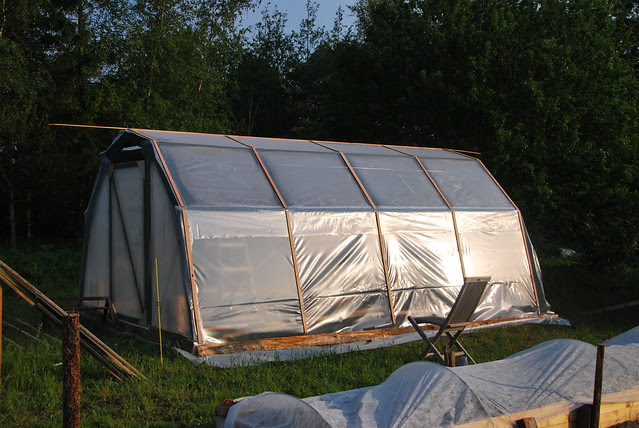 we're looking forward to getting all of the plants in during this long holiday weekend ahead (we've got thursday and friday off). husband will bring in new dirt and we'll plant directly in the ground.  more photos of that when we've got it all planted!

what are you doing in the garden these days?

Email ThisBlogThis!Share to TwitterShare to FacebookShare to Pinterest
Labels: gardening, in the garden

Your glass house looks great, and I wish you good luck and a great harvest with it!

My glass house is 5 x 2 m, with 2 mm glass - I think it's a Danish (!) construction, I usually grow 10 different tomatoe plants, 4 eggplants, 2 physalis and/or tomatillos and 6-8 peppers - and a few tagetes-flowers in there.

This winter, I had a lot of glass breakage due to wet snow and will now double up the roof with plexi. I have two automatic window-openers as well, a good investment, as it gets awfully hot in there in our climate.

Cucumbers will do outside as well here - but the other plants really do profit by the glass house conditions.

What I haven't done yet, but heard that others do, is to grow cold-proof salads in there almost all winter long ...