a little bit of steampunk in the garden 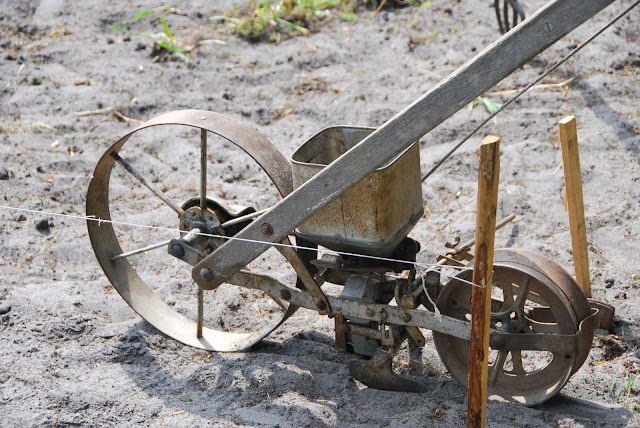 back in the depths of winter, husband decided he had to have one of these old planet jr. planters from the early part of the last century. and if at all possible, he wanted a cultivator too. so we began a search online. we quickly realized there weren't any here in denmark (they were a US phenomenon, after all). husband had originally seen it on DR's bonderøv (bumpkin) - a program that follows a young danish man in his quest for self-sufficiency and going back to basics. but frank, the bonderøv, is a t.v. guy, so people send him stuff. we knew we'd have to track one down ourselves. 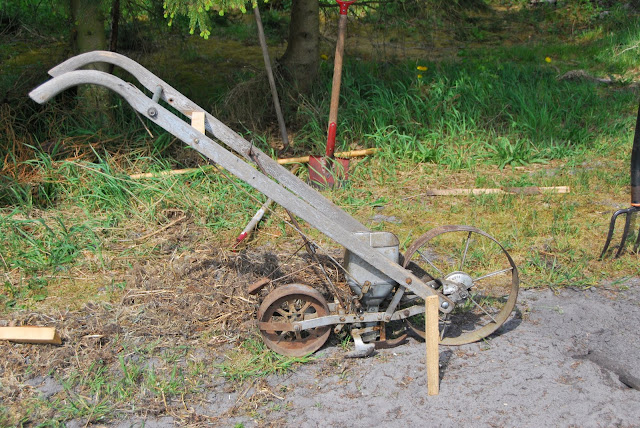 many ebay sellers refuse to ship abroad, especially if it's a rusty old hunk of metal you're asking them to ship, so even tho' we saw several of the coveted pieces of machinery on ebay, we couldn't bid on them. but, my sister could, so we enlisted her help (although it may have confirmed her in her opinion of our insanity). 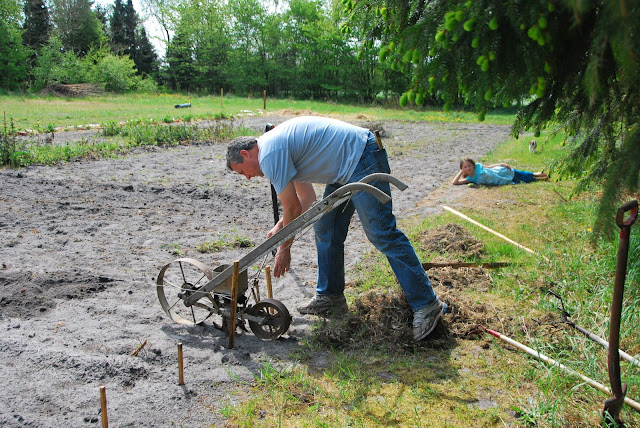 one of the things that worried us about buying one on ebay was that you wouldn't get to look at it before it was sent. what if it was all rusted shut and unusable?  so my sister placed an ad on craig's list, saying she wanted a planet jr. no. 3 seeder. she got an answer almost immediately and was able to go look at it in person before buying it for us. 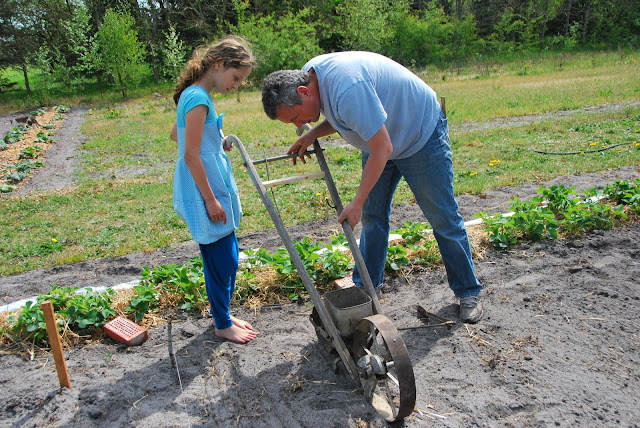 then, my sister (who still thought we were insane), photographed it, carefully took it apart, boxed it in two boxes (one for the handles and one for the actual machine) and sent it to us. our postwoman would have commiserated with my sister as to our insanity as she lugged it to our door. but it even made it through customs without us being charged anything for it. apparently you can import a rather significant quantity of rusty metal without incurring duty. 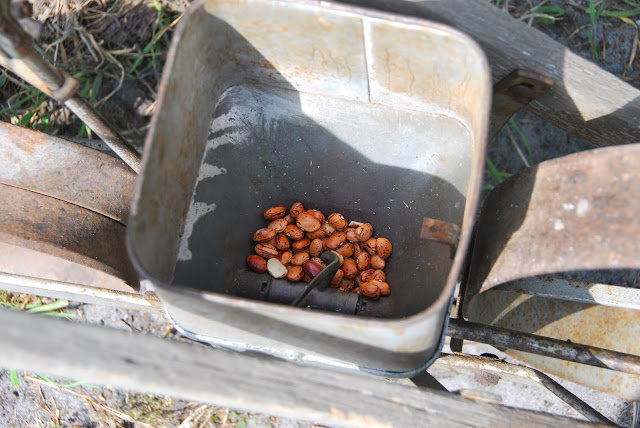 we used it this week to plant beans (these are borlottis) and carrots and beets and peas. it was a little bit challenging getting to know it and get the right seed distances for the right seeds (seeds must be quite different now, as the hole sizes suggested on the lid are WAY off). but in all, it was very fun and worth all of the effort. 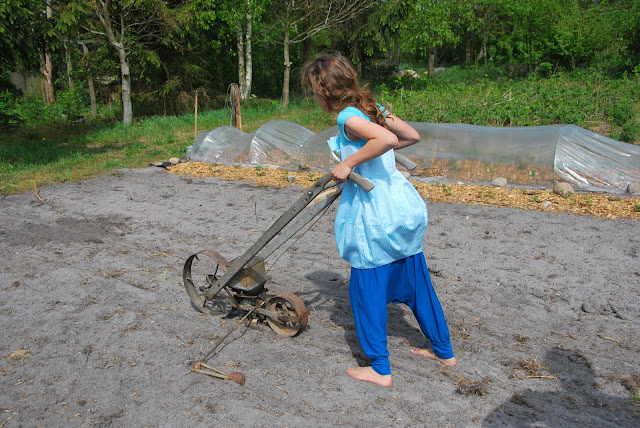 and even children can use it, no problem. and look how it has a clever little attachment that stakes out your next row while you're planting the previous one. then, you just follow the line it made. very efficient.

oh, and we did get a cultivator as well:

the cultivator came from ebay - as there were less things that could be wrong with it. its handles weren't in such good shape, but perhaps next winter, husband will make new ones in his workshop. and in the meantime, it's the perfect size for weeding between the rows.

those of you who live in the US and have big gardens, check your local flea markets, i'm sure these beauties are around and it's so much fun to use a bit of history. i love feeling both connected to the soil and to the ingenuity of past generations. plus, it digs a hole, plants the seeds for you at the right distance from one another and covers them up, all while it's marking the next row for you. very helpful object. and just a little bit fetching in its steampunk design.
Posted by julochka at 10:46 AM

Email ThisBlogThis!Share to TwitterShare to FacebookShare to Pinterest
Labels: connecting to the past, gardening, in the garden, steampunk gadgets