it's a fine line 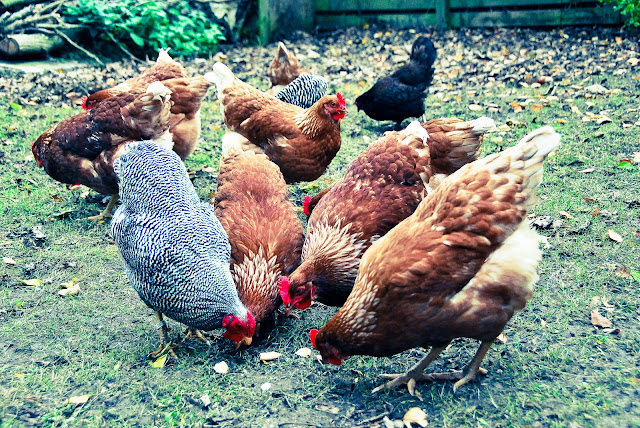 as i stood in my kitchen today, putting away the groceries, i thought about this project. and how much easier it seems in my mind, now that i'm sharing it with like-minded souls and anyone else who cares to read.

but i also thought about how it's such a luxury to be able to think about these things and even more of a luxury to act on them. to be privileged enough to be able to make the choices i make at the grocery store, for example, always buying organic if it's available (tho' i do wonder about organic honey...how do they know where the bees have been? and isn't all honey organic?). with organic milk, i'll actually often to go another store if the first store is out of it. but there's also a kind of arrogance in it, isn't there? and i'll admit i do look askance at those in line ahead of me if their cart is filled with ready-made pizzas and chips and non-organic skim milk. and i feel a little smugly superior about it. even if i'm not really that proud of myself for feeling that way.

because i do realize that not everyone feels they can buy organic products at the grocery store. because they are still more expensive. and some may feel they can't afford it. and it may be that they actually can't afford it. but we as consumers have to shape what's available and what it costs, through the basic principles of supply and demand. if we demand more organic products, the market will supply them and hopefully, the prices will come down.

ever since seeing hugh fearnley-whittingstall's program on how chickens are produced, i don't ever buy the ubiquitous skinless chicken breast at the grocery store. i occasionally splurge on a whole organic, free-range chicken that has been fed naturally, not pumped full of hormones and which got to scratch around outdoors during its life. i'd rather go without eating much chicken, than support the chicken industry as it exists today. but, it's obvious when i look at the meat counter at the grocery store that i'm in the minority, as there are an awful lot of water-filled plump boneless chicken breasts in the case.

what i'd like to find is a way not to seem arrogant about it. but also not evangelistic. because to me it seems like the most rational, sensible course of action - feeding your family on the best available fresh produce that hasn't traveled halfway around the world to get to you. preparing it yourself in your own kitchen, hopefully assisted by people you love. we'd all be healthier, happier and kinder to the environment if we did that. it just makes sense. but how not to sound like an elitist spoiled brat in the process...
Posted by julochka at 7:07 PM

I would love to have chickens, but husband tells me "no way." Cannot have them where I live, but I think it"s strange, I see chickens around the area where I live once in a blue moon!

I do buy organic eggs at the store-that makes me happy.

In our area "organic" is indeed expensive and I have often heard that people feel they simple can't afford it. I believe that to be true, especially in recent times given the state of our economy. I do try to atleast buy organic milk, eggs and produce.

i guess i'm translating the "ecological" as organic...it means grown without pesticides and according to such standards. but it is more expensive. on some things (like chicken) by a lot and less on others (milk, butter, cream)

We once had chickens. We were pretty naive though. They all "disappeared" one at a time. Hawks, foxes, etc.........we had one left which my daughter named Henny Penny. She lasted all winter by living under the house. They were fun though while we had them. The kids loved gathering the eggs.

It's tough. I agree it sometimes feels a bit like walking on egg-shells (pun intended) when talking about some of these things to others. Yet, I know a number of people of modest income, who still do their best to purchase organic. Here, our grocery stores have their name brands that now have an organic line (same criteria) that is less expensive than other USDA organic items.

I am involved with groups of like minded people, and am trying to get involved with grass-roots organizations locally. We discuss and as a result I also have lots of other people who ask. Then, I'm just honest with what we do, what works for us and what our goals are.

Julie's post made me reflect about my own grocery buying habits. And they're complicated. And involve a lot of negotiation and unfortunately compromises. I start out with the premise that I would like to buy only organic, local and seasonal items and then the negotiation starts because not every item fits that criteria.

For me, the first step in the negotiation begins with where to shop. There are 5 grocery stores in my walking/biking radius and two of those belong to the Danish Co-op, one is a smaller Danish discount chain, and two are owned by a Danish multi-national (European) firm with one being a discount store and the other higher end. I choose for the most part to shop at the Co-op stores and the smaller chain.

And then the second step involves a whole series of pros and cons for almost each item. For produce, I tend to stick to what is in season, what is local and then what is organic. So at this time of the year, I would rather buy a non-organic Danish cabbage than an organic cabbage from say Peru or organic lettuce from Spain. For me the distance involved in shipping the food overrides any nutritional or environmental benefit it might have had.

And then there is all those non produce items which I find even harder to negotiate because packaging, producer, and fair-trade issues come into these more often. So, for example, it is easy to find organic and fair trade coffee beans for my husband but finding organic fair trade tea without each teabag individually wrapped is very hard! I buy an organic fair trade loose tea but it has almost no flavour and is disappointing. A compromise I am not happy with at all! (Any suggestions? Please!)