a windmill fit for a house 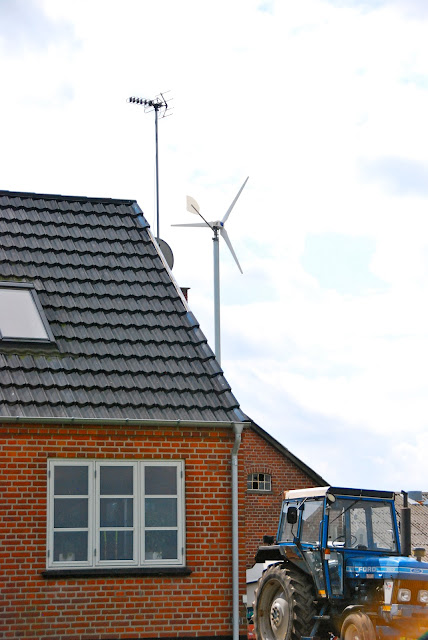 back in january, i mentioned that we were planning to get a our own little (5.5kw) wind turbine. soon after that, we filed papers with the municipality for the permit. it's a good eight months on and we've not yet heard anything official from them. 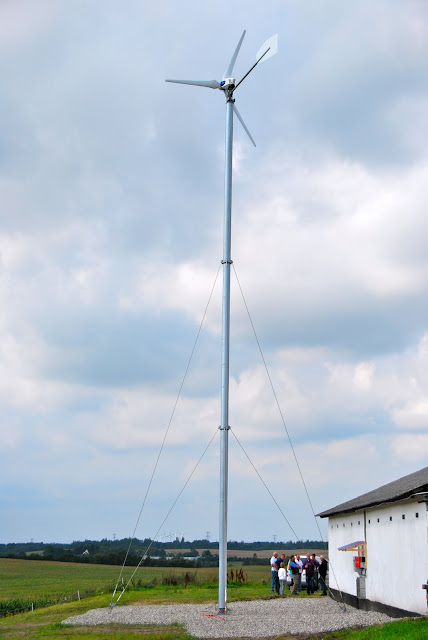 husband talked to the person responsible for the permits at the municipality back in march and he actually said, "that's an awfully pretty area you live in, so we're disposed to turning down such requests." instead of encouraging people to be more environmentally-friendly and less dependent on fossil fuels, the municipality is inclined to turn down such requests for aesthetic reasons. i'll give you a moment for that to sink in and leave it with a resounding silence on my part, which should speak for itself. 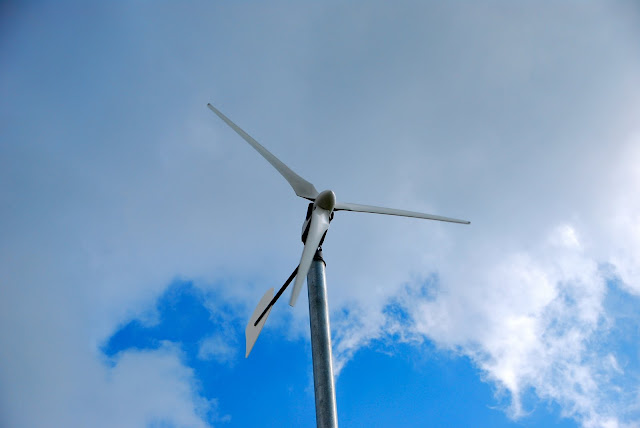 this weekend, we were invited to an open house to see one of the little turbines the company (eurowind) has installed at a farmhouse here in denmark. this one is on a 24 meter steel tower and is similar to the one which we would like to install. the cost of this one was 166,000DKK ($32,000) and that's about the same as the one we would like to install, tho' we were planning on a 20 meter tower. 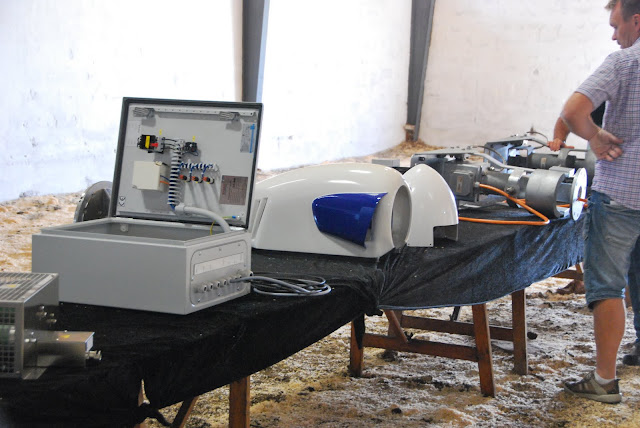 the components are surprisingly small and quite simple when they're all laid out on the table. it gave us the sense that you could very nearly build it yourself. 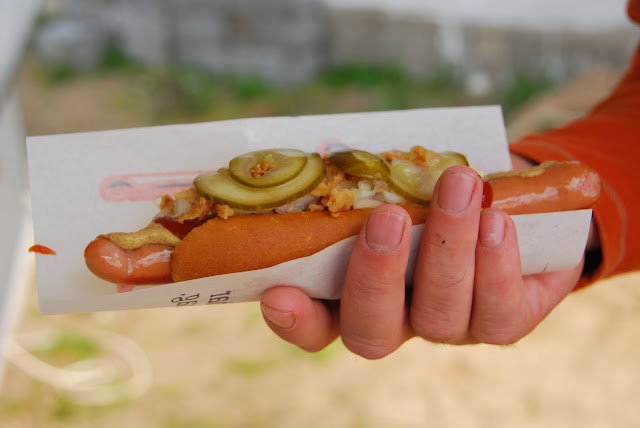 gratuitous shot of the free hot dogs they were serving. i could do a whole post that is an ode to the perfection of a danish hotdog, but that would probably be more appropriate on one of my other blogs. 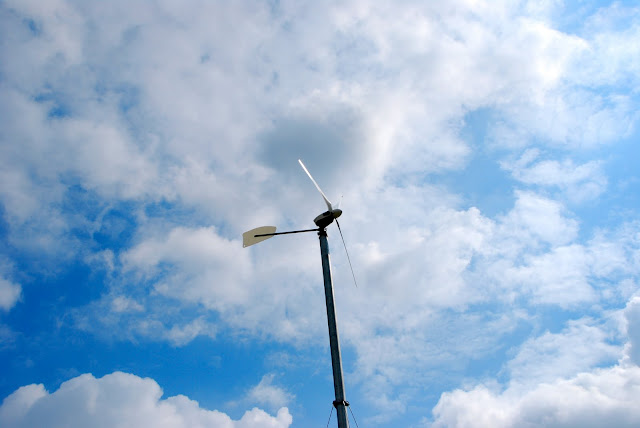 we were surprised at a number of things. for one, it was really quite noisy, which was surprising because the big, commercial wind turbines are quite quiet. for another, the tower was in fact, pretty ugly and the foundation took up quite a lot more space than we had been imagining/planning on giving it.  we had also expected better quality for the price. it struck us as pretty flimsy.

we left feeling much less sure that we want to invest in our own turbine at the moment. it seems like there is a lot of room for improvement, in the product, in the regulations, in the attitude of the municipality. we're definitely going to be looking into other manufacturers and alternatives. we apparently have plenty of time while we wait for an answer from the municipality. 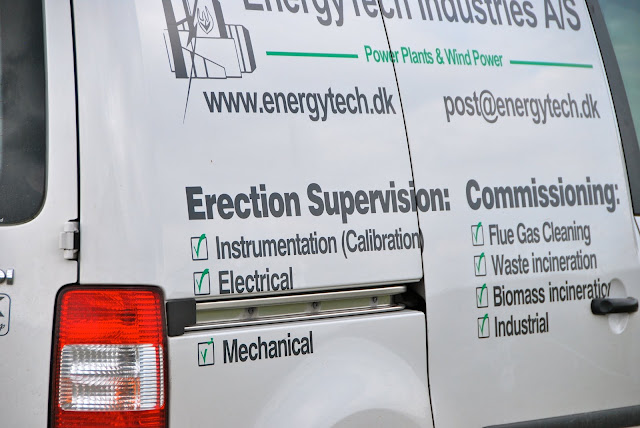 i had to share this photo of their van, only in the wind industry can you write "erection supervision" on your van with a straight face.
Posted by julochka at 9:35 PM

On our drive back yesterday we were brainstorming and starting research on a few of the next things we'd like to accomplish. B it trying to find information on if we can use our silo as the tower for a wind turbine. This seems to be somewhat dicey information to get. What have you heard/learned about vertical wind turbines? I think for a smaller scale (i.e. residence) they may be quieter...

What about one of those tubular looking wind turbines. I think they showed them on Living With Ed.