how i became a crazy chicken lady 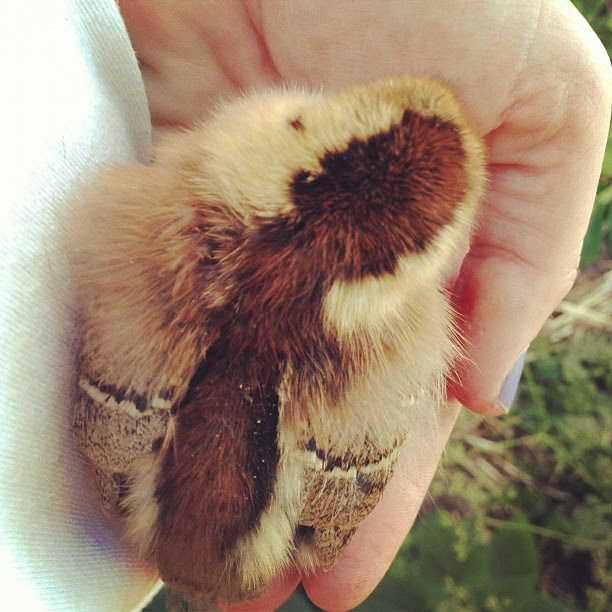 note: i posted a version of this post over on my main blog, but since i've shared most of our chicken adventures here, i wanted to post here as well, since not everyone reads both. i did make a few changes as well, so it's not completely the same. 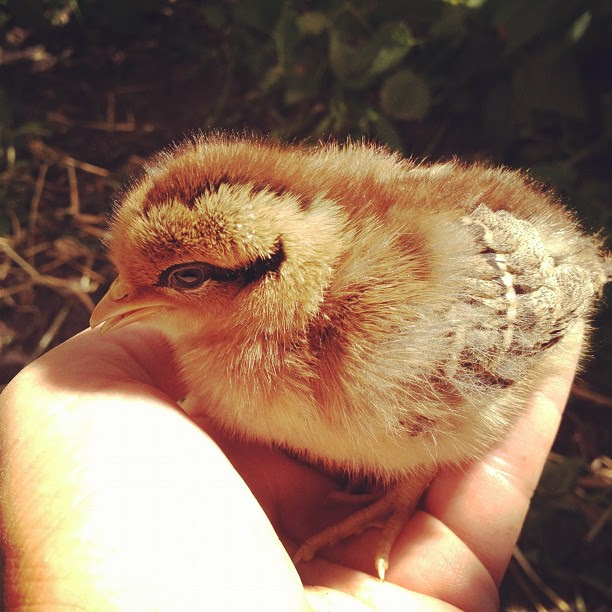 as you all know, we got nine hens and three roosters last summer. i was a bit skeptical of keeping chickens, since they don't seem to be the brightest animals around, but the lure of fresh eggs was too great. we got two nordic heritage breeds - danish land chickens and black swedish ones. and i got a bit of a kick out of them, way more than i thought i would. late in the winter, several of them became broody. pretty soon, the nest boxes were full of broody hens and the egg production had ground to a halt. husband built an addition at the back of chez poulet. all that early brooding resulted in one single little chick, just in time for easter. 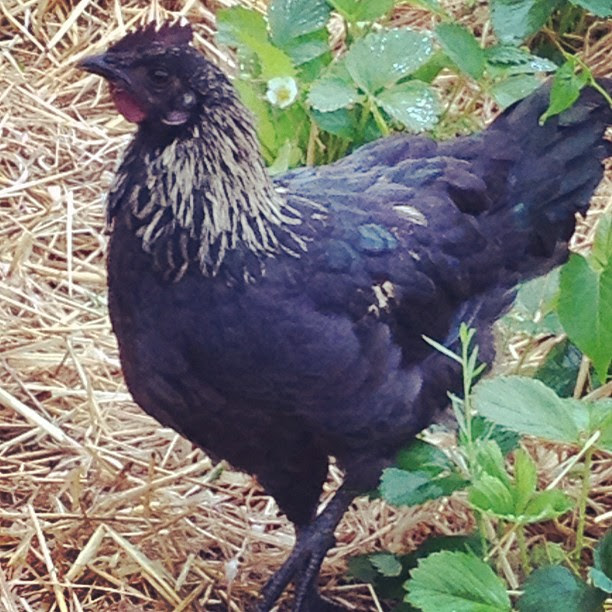 he's now grown into a funny, motley rooster that's clearly a combination of both breeds. until his mother hatched out more chicks recently, he was even still getting in with her at night, sitting on top of her in the nest box, tho' he was getting far too big for that. now he's bottom rooster and has to content himself with a corner of the perch, rather far from everyone else. poor dear. in recent weeks, the five brown hens have managed to hatch out another 14 chicks - 4 little brown ones and 10 black (which i suspect will be combination chickens like the motley rooster - as one of the brown roosters is top dog). the black hens were clearly very sneaky at getting their eggs under the brooding brownies, getting them to do all of the work of hatching out the chicks. we are consequently referring to the chicks all as SHE this time around, as we want them to be future hens. we certainly don't need another rooster around here. in fact, in the near future, one or two are going to be dinner. 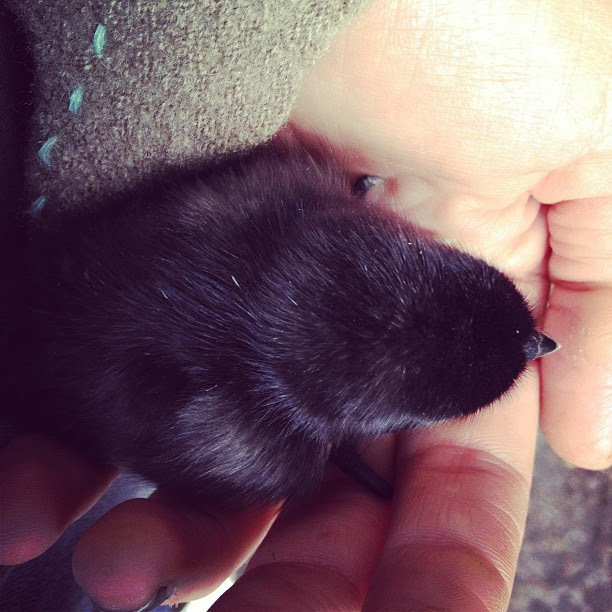 there were 5 little brown chicks, but they killed off the first one that had hatched out. he did seem to be a little bit off in the eyes, so we think they knew something we didn't, tho' i was still unaccountably sad about it when i found him. it has made me a bit worried about the rest, so whenever i need a break from writing and editing and planning workshops, i head out to check on them. at the beginning, i needed gloves to lift the brooding hens, but now i just ignore their attempts to peck me and unceremoniously lift them up with my bare hands to see what's going on with the eggs. i find little peeps and help them find their mama again when they've wandered too far away into the tall grass. in other words, i perform all the duties of a crazy chicken lady. i can almost see the hens rolling their eyes at me. 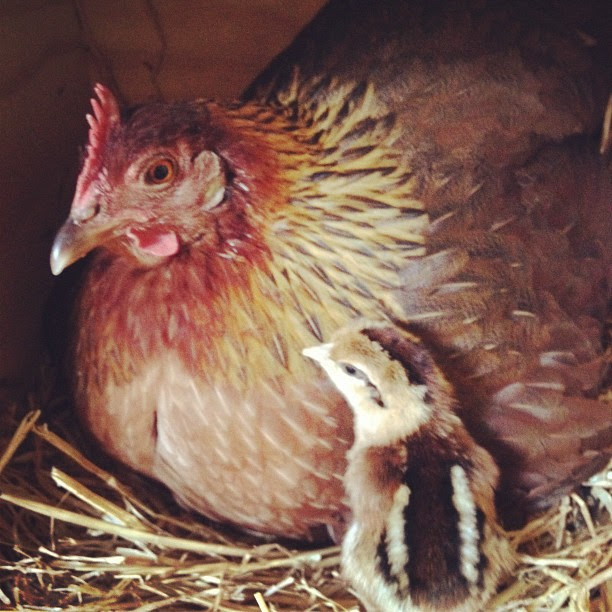 the chicks are of varying ages, hatched out several weeks apart, but there are four brown hens sharing the tending duties between them. there's still one brown hen, sitting on a nest that's down to 7 eggs - and one more hatches every few days. then, when they're big enough to jump down from the nest box, they go and join the others and one of the tending mamas takes them in. the little motley rooster does a mighty duty in chasing the over-interested cats away and thus far, all the chicks have been safe thanks to his efforts. it really does seem to take a village to raise the chicks. 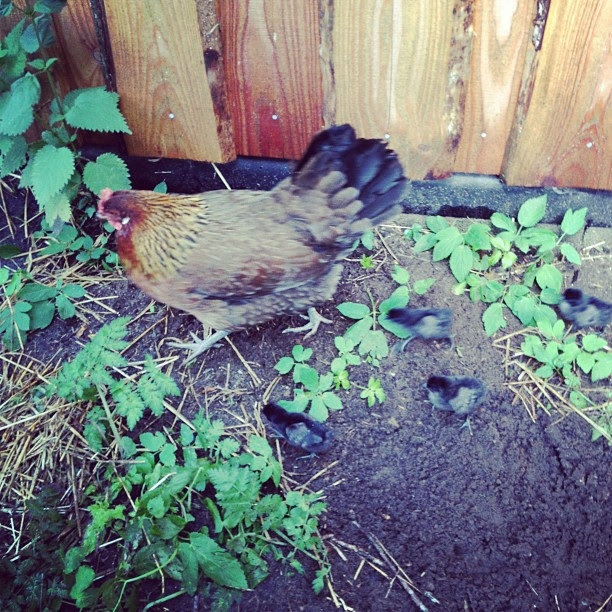 it's funny, when i rushed in to google all i could about the hatching out, care and tending of baby chicks, i found all kinds of scary scenarios and if i'd believed it, i'd have thought it was nearly impossible to let your hens hatch out their own chicks and have them survive. and i didn't find any advice that said you could let them remain in the henhouse with the others - which we have done (we tried to move them into the addition at the back, but they didn't want that). the chickens manage to do it all on their own, totally naturally. for all my worries and fussing, they don't even really need help from the crazy chicken lady.

nature is cool.
Posted by julochka at 9:17 AM

Email ThisBlogThis!Share to TwitterShare to FacebookShare to Pinterest
Labels: chickens, chickens are more fun than i thought they would be, country living, homesteading, it takes a village, nature is cool