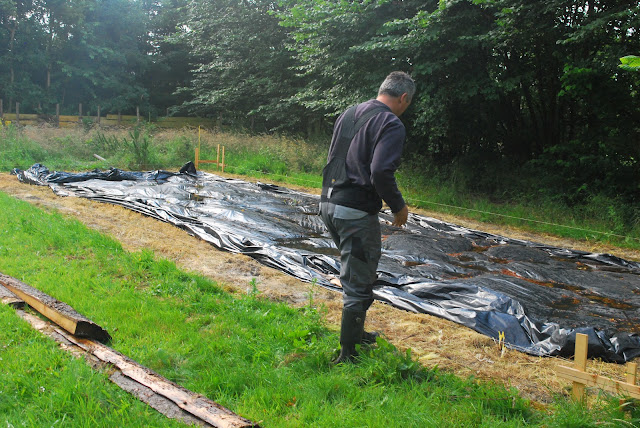 i'm about to leave for three weeks for holiday in the states. so this morning, i took a little stroll around the garden with the camera. being here every day, i don't often have a chance to really see the changes that happen over several weeks. i'll do an update post in three weeks when we return. sabin and i are going and husband will stay home to build a barn to house the sawmill equipment he has purchased. 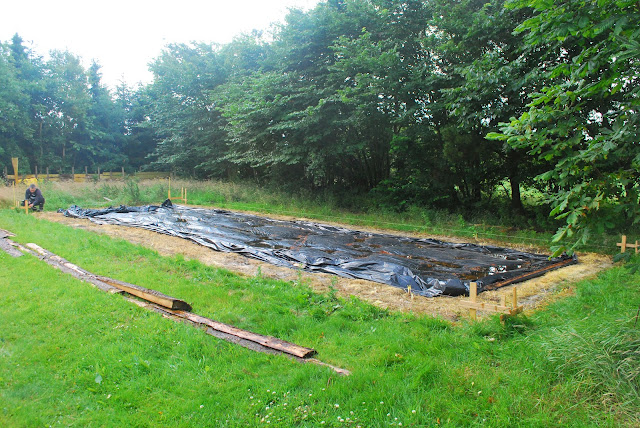 yes, you read that right, husband has bought a sawmill. we are going to use a lot of wood in our renovation project, since the house will actually have wooden siding when we're done (not like us-style siding, more like swedish-style (more about that later)). husband decided he loved working with wood so much that he wanted to cut all of that wood for the house himself. 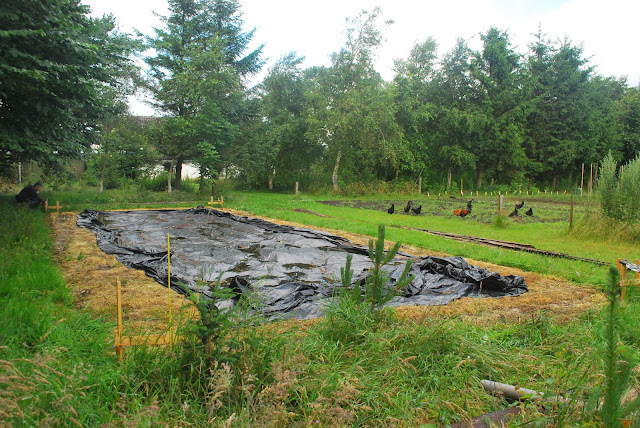 this morning, i helped him measure out where the building will go. he had the foresight several weeks ago to spread out black plastic to kill the grass, so digging out the foundation would be easier. it will be very interesting to see how far he gets while we're away. 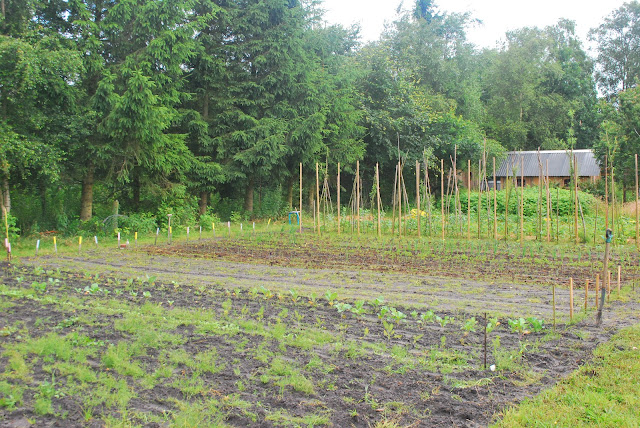 i know the garden will be very different when we return. you can see that our year has been a bit cold and wet, so things seem a little behind and small. i'm sure that will change. and the foreground is indeed weeds, but that's ok, since nothing's planted there. 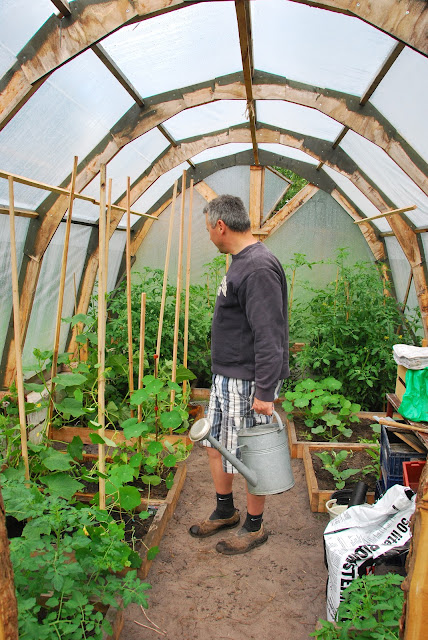 inside the greenhouse, little green tomatoes and little bitty cucumbers are forming. they'll be ready to start harvesting when we return. 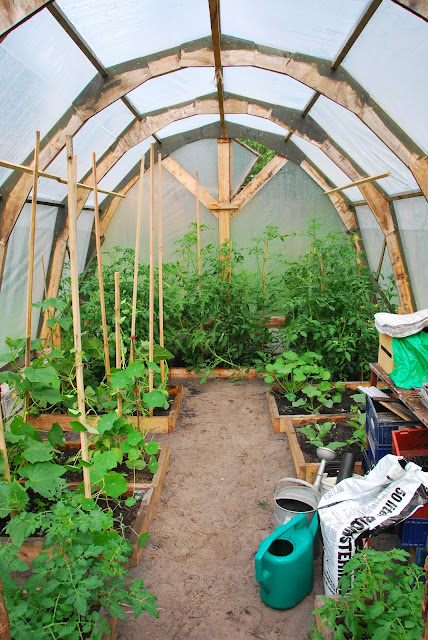 the lush green smell of tomatoes is heavenly. we've also got a few melon plants and some aubergine and cucumbers and nasturtiums. i imagine they'll have taken over by the time we return. 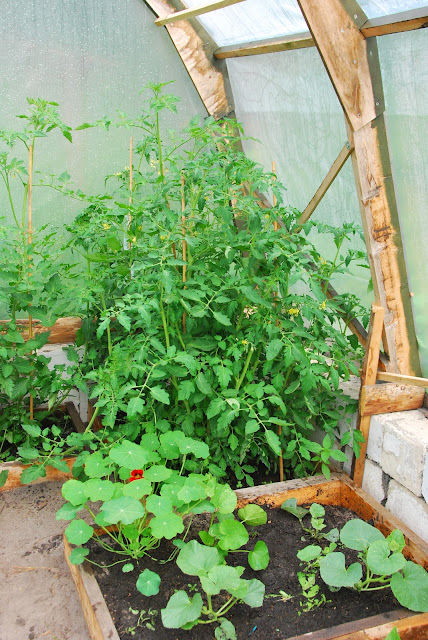 cherry tomatoes and regular tomatoes are bushing out nicely. in our climate, we just can't grow tomatoes outside of a greenhouse, it just never gets warm enough. 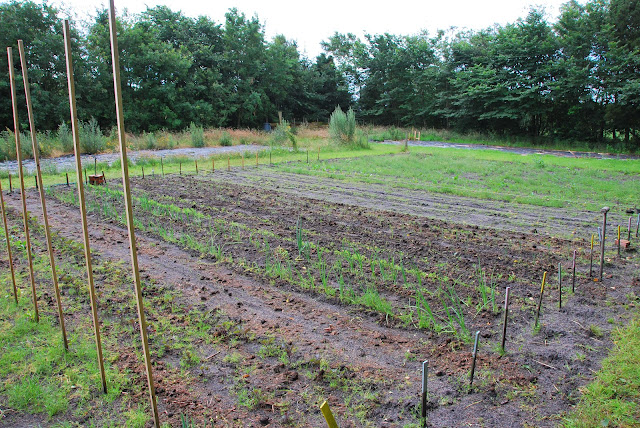 another shot of the garden - you can see where husband's sawmill will be down at the end - the black plastic over there looks a bit like water. 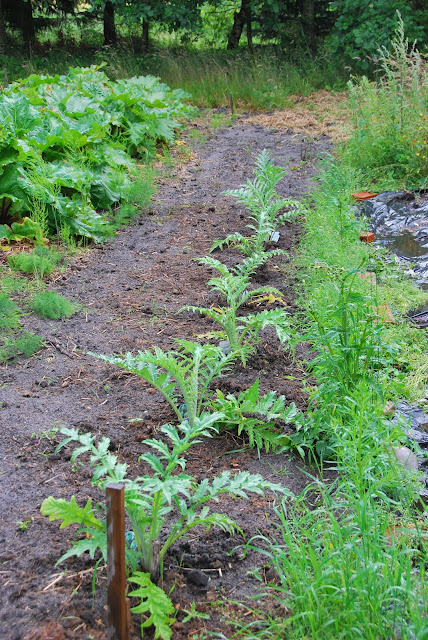 our artichokes are doing very well. we tried to move last year's and they all died, so these are new ones. apparently artichokes, which are a perennial, don't like to be moved. 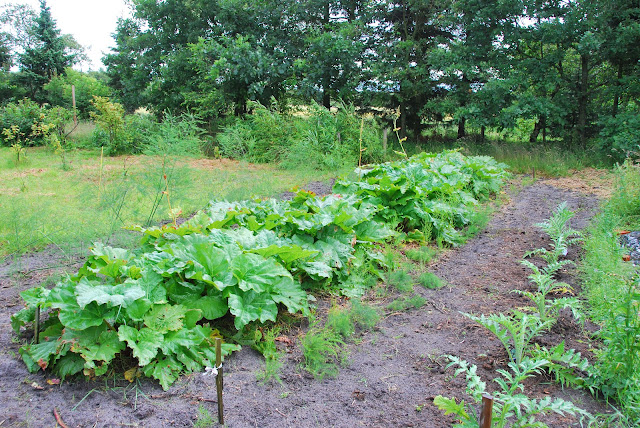 the rhubarb is still going gangbusters. and last year's asparagus seedlings are coming in very well. 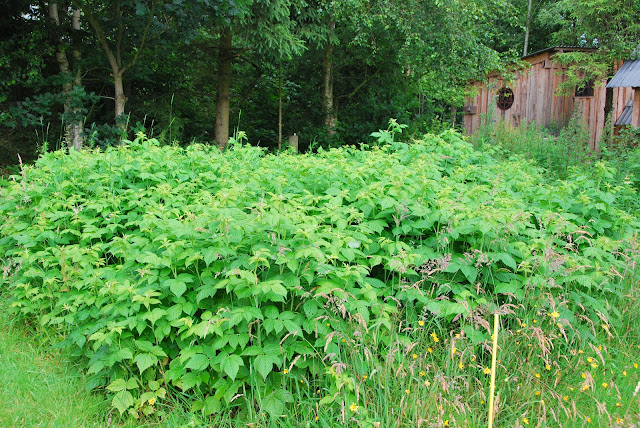 it will be nearly raspberry time when we return - we have late-producing raspberries. i'm glad i won't miss the chance to make jam. 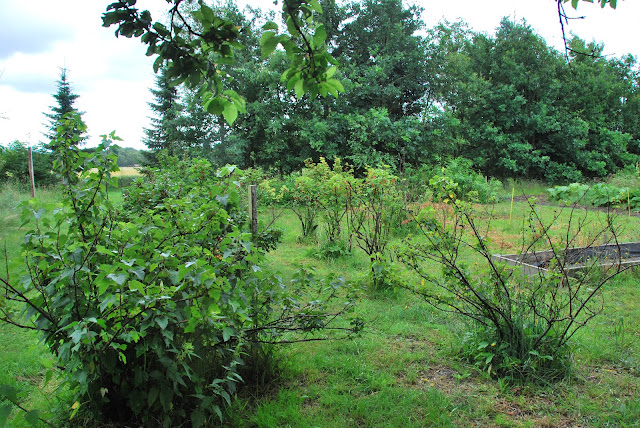 i did a batch of red currant and black currant juice, but will miss the opportunity to harvest all of them. we moved and divided a lot of the bushes last fall, so it's probably ok to just let them be this year anyway. 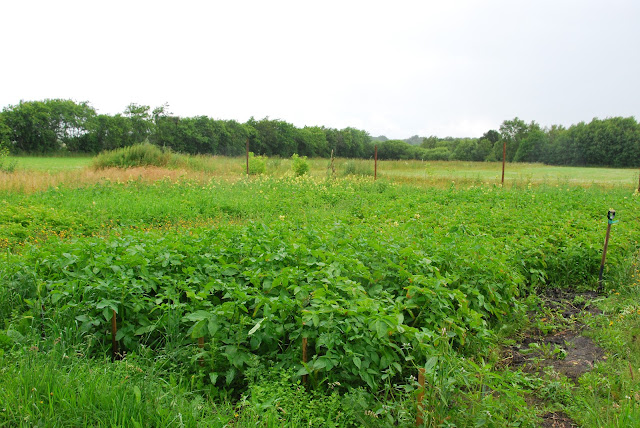 our big potato patch is doing well. you can tell we're organic by the weeds. :-)  no pesticides around here! 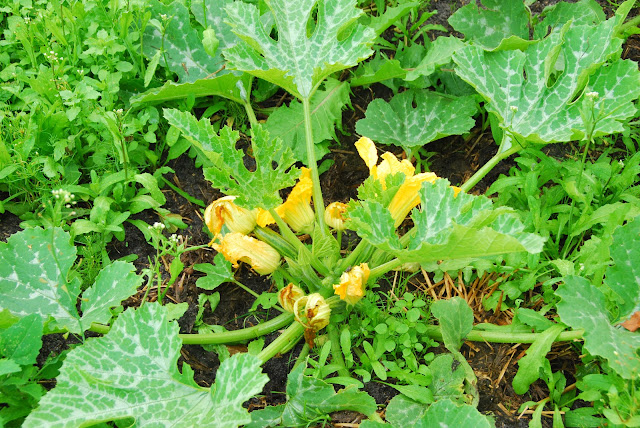 the little zucchinis are starting as well, but if husband picks them while we're gone, they'll still be going strong when we come back. 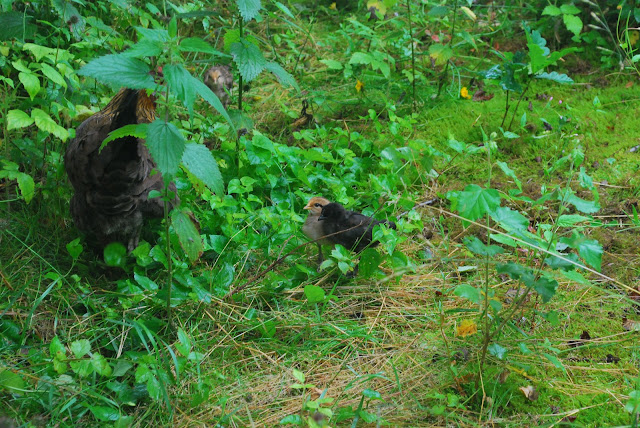 i'm really gonna miss these little guys - i know they'll be MUCH bigger when we return. 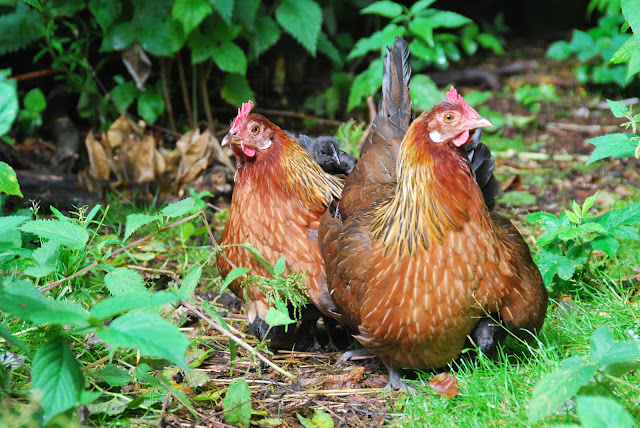 i tried to instruct husband in my crazy chicken lady ways, but i'm not sure he fully embraces the concept, so i guess they'll have to take care of themselves.

Email ThisBlogThis!Share to TwitterShare to FacebookShare to Pinterest
Labels: how does your garden grow?, in the garden, projects, thus far

I love looking at your photos! It is so inspiring to see other people's projects. Thanks for sharing them.